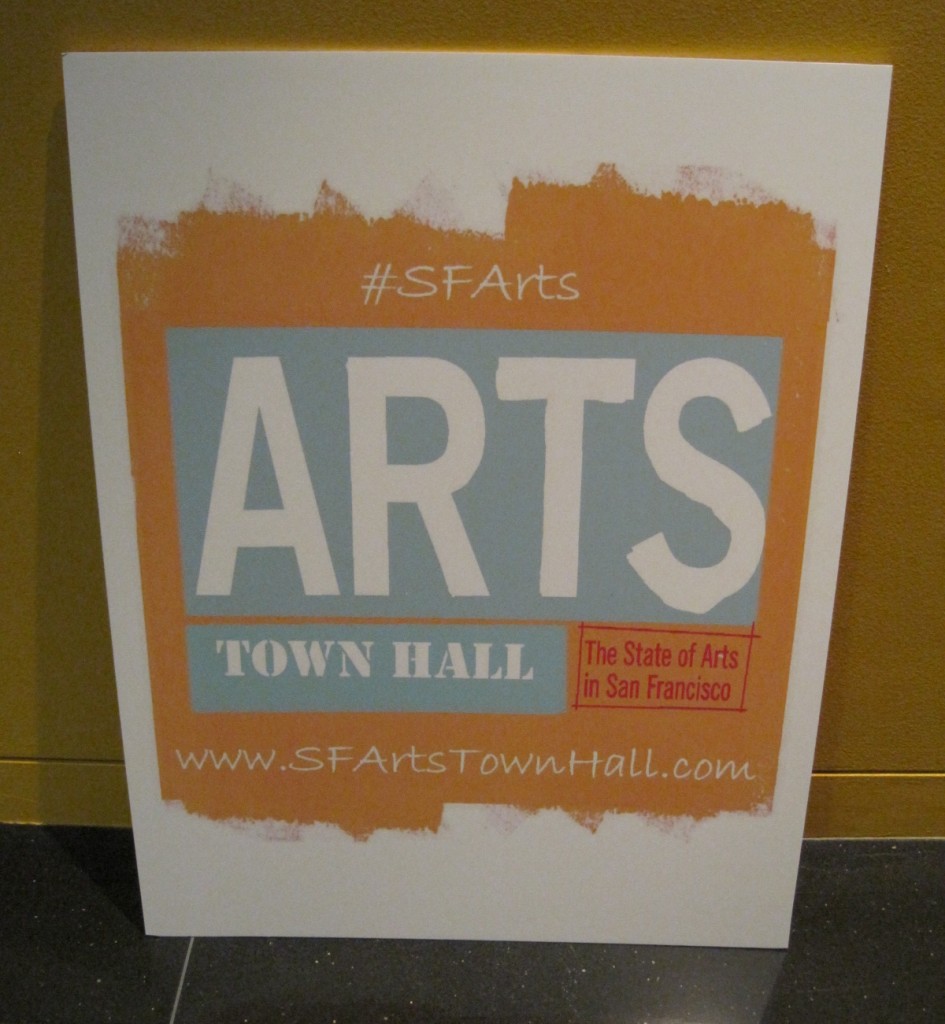 On August 20th, the San Francisco Arts Town Hall was held at the Yerba Buena Center for the Arts. The purpose of the event was to ignite conversation between the arts community and candidates for the San Francisco Board of Supervisors about the state of arts in San Francisco.

It was a packed night with over 400 in attendance filling up lower level of the Lam Research Center. The evening began with performances from SFJAZZ High School All-Stars and spoken word artist, Marc Bamuthi Joseph. Moderated by former news anchor and journalist, Belva Davis, the event featured candidates for the Board of Supervisors in Districts 1, 3, 5, 7, and 9 who discussed issues that affect the arts community in San Francisco.

The panel discussion started with candidates David Campos (unopposed) for District 9 and Eric Mar for District 1. Unopposed candidate John Avalos for District 11 was a no-show. One of the main topics of the night was Proposition H, up for renewal in 2015. Prop H involves the Public Education Enrichment Fund which dedicates funding to sports, libraries, arts, and music to San Francisco school districts. When talking about arts funding, Campos urged for finding new resources, but gave no clear suggestions as to where additional funding beyond Prop H would come from. Mar spoke about the need to increase allocation to the arts from the Grants for the Arts/Hotel Tax Fund from 6% to over the mandated 8%.

Candidate David Chiu of District 3 spoke in the next round. His opposition Marc Bruno was a no-show at the event. So in a quick two-way discussion, Chiu and moderator Davis discussed some of his top priorities. “Neighborhood arts will always be a top priority for me,” said Chiu. He also stated his support for Prop H and the Hotel Tax Fund, and said that he wants to encourage the city to get creative about other sources of funding.

The evening began to liven up during the District 5 and District 7 panels, each with 5 candidates present.  Three candidates led the District 5 discussion, Julian Davis, London Breed, and Thea Selby. The audience positively responded when Davis spoke about the lack of affordable housing for artists. “You can’t talk about a city that is a home for the arts without talking about a city that is a home for artists,” said Davis. Breed talked about subsidized housing for artists and focused on cultural equity as she voiced her support of increased funding for Cultural Equity Grants. Breed spoke about getting large companies in the tech industry to fund the arts, specifically calling out Twitter to pay into an arts endowment fund for their tax break from San Francisco. Breed gave anecdotes of her arts involvement, stating that she is “someone of the arts community” and that the community needs to “connect the dots and collaborate.” However, she noted, the focus on getting money from large companies seems to have been more one way than a collaboration between businesses and the arts community. Selby made the bold claim that San Francisco should outright ask companies like Google, Apple, and Twitter to fund the arts, noting that she would have no problem going to them if she is elected. Rounding off the discussion was a final question on Prop H, which is supported by all candidates of District 5. 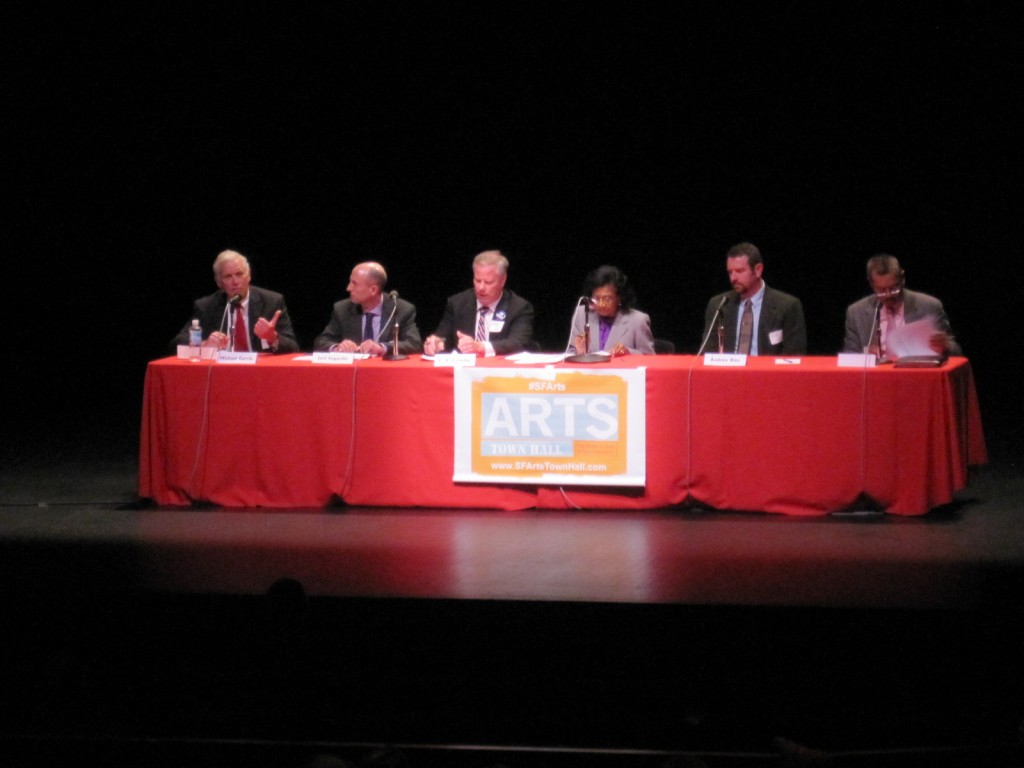 In the panel with District 7 candidates, moderator Davis asked if any of them believe that the arts are already adequately funded. Michael Garcia said, “You have to talk about art and money at the same time.” When referring to the Hotel Tax Fund, Joel Engardio supported an increase to the mandated 8% allocation to fund the arts. However, he also advocated that San Francisco should have a “call to action for individuals to step up and donate.”

After the panel discussions, the candidates joined the audience at the food and wine reception. I got a chance to chat with a few attendees on what they thought of the town hall; it was nice to get a chance to talk about art policies in our community. I also got a chance to chat with Julian Davis, District 5 candidate, as well as Andrew Bley, District 7 candidate. Overall, it was a lively night at the Yerba Buena Center for the Arts and it should be interesting to see results of the Board of Supervisors election in November 2012! 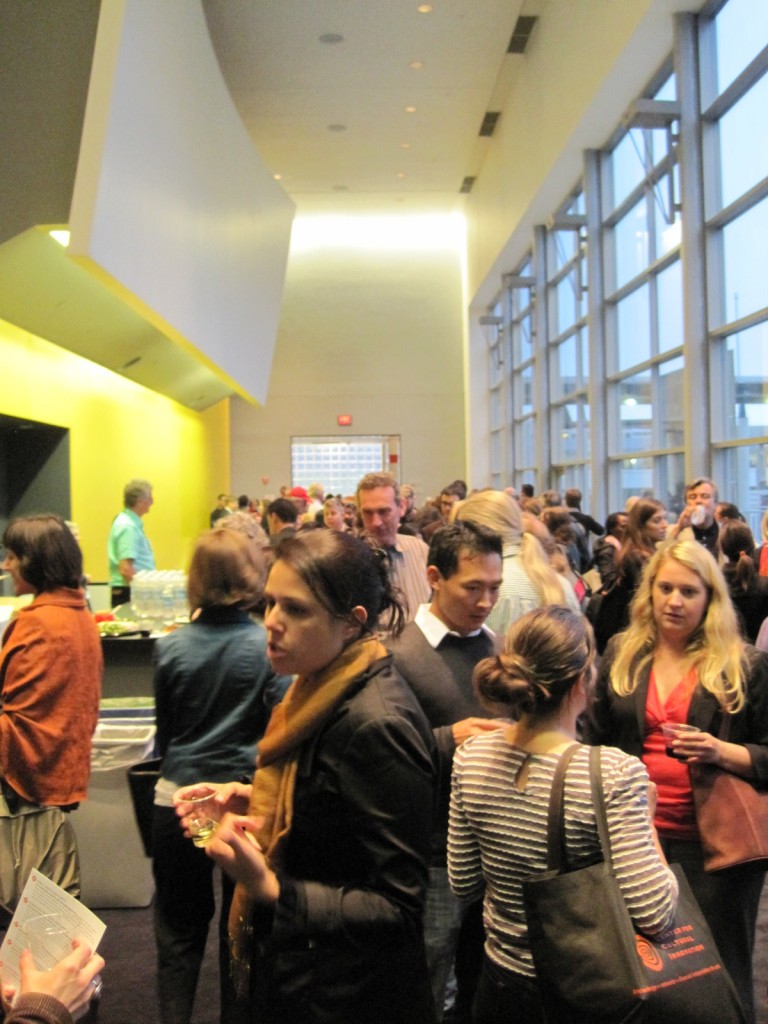 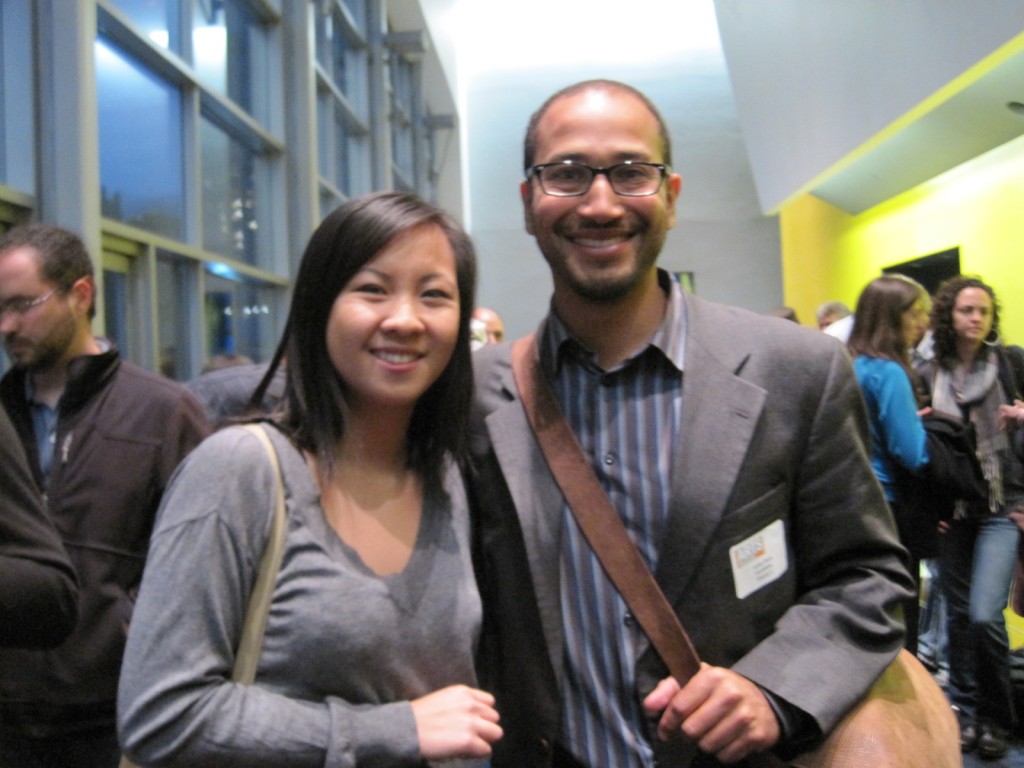 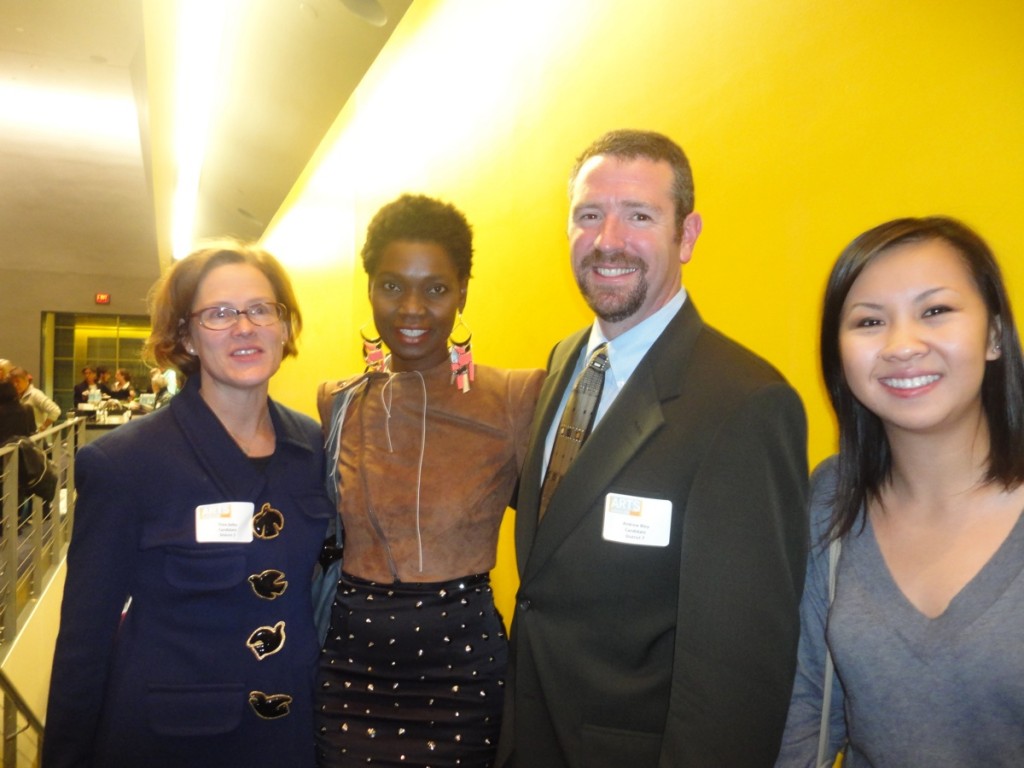 For more information on the event, check out the San Francisco Arts Town Hall website.

What did you think of the SF Arts Town Hall? Let us know on Twitter and Facebook!