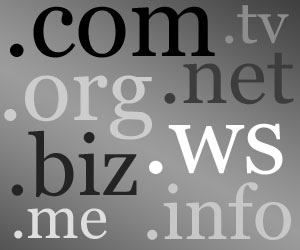 We highlighted the Anti-Cybersquatting Consumer Protection Act (ACPA) and the Uniform Domain Name Dispute Resolution Policy (UDRP) in Part 1 of our Internet Domain Name series. These are two legal mechanisms you can use to challenge a domain name that infringes on your trademark. We will now take a closer look at ACPA and the UDRP and discuss what you need to show in order to prevail in a domain name dispute.

If you find that a domain name is infringing on your trademark, you can dispute the registration by filing a lawsuit in US federal court under ACPA. To prevail under ACPA, you must prove the following factors: “(1) that the mark is valid; (2) the website owner registered the site in bad faith in order to profit from the mark; (3) the mark was distinctive when the site was registered; and (4) the domain is identical or confusingly similar to the mark.”

Among the considerations of the court when evaluating Factor #2, whether the domain name was registered in bad faith in order to profit from the mark, include:

A“bona fide use” or “bona fide offering of goods or services” refers to a genuine intent to sell a good or service under the domain name as opposed to using the domain name to deceive consumers for commercial gain. Should you prevail under ACPA in your domain name dispute, the court may order the cancellation or transfer to you of the disputed domain name. You may also be able to receive monetary damages from the opposing party who infringed on your trademark.

A legal action under the UDRP is relatively quicker and less expensive than under ACPA because it does not involve litigation. Rather, a legal claim submitted pursuant to UDRP is handled through arbitration, a form of alternative dispute resolution that is legally binding but does not involve filing a lawsuit and conducting a court trial.

In order to prevail in a UDRP arbitration, you must prove the following elements:

Among the circumstances that show Factor #3, that the domain name is being used in bad faith, include:

Domain name owners can argue that they do have a legitimate right or interest in the domain name. Among the defensive arguments include:

Should you prevail under the UDRP in your domain name dispute, the arbitrator may order the cancellation or transfer to you of the disputed domain name. However, under UDRP arbitration, you are not able to receive monetary damages from the opposing party who infringed on your trademark.

When deciding on which legal mechanism to use in a domain name dispute, you should consider the facts of your case, your legal budget, and your desired remedies. For a faster and less expensive process, the UDRP may be the preferred method. An UDRP proceeding can take about 6 weeks because there is less paperwork and no court trials. As a result, legal fees can be as low as $1500, substantially less than filing an ACPA lawsuit. However, because a successful UDRP claim for a trademark owner only awards a cancellation or transfer of the domain name, those who want additional monetary damages should consider filing a lawsuit under ACPA.

Depending on the complexity of your domain name dispute, it may be preferable to file a legal claim under ACPA because the UDRP is intended for simple disputes, and “not intended to resolve complex trademark infringement questions.” Additionally, under the ACPA, courts may require the infringing party to pay you monetary damages that range from $1,000 to $100,000 for each infringing domain name. But you must be financially prepared if you file a lawsuit under ACPA because lawsuits are time consuming and expensive.Also, because ACPA is US law, the lawsuit must be filed in the US and your business must have substantial ties to the US. In contrast, the UDRP is a global policy developed by the Internet Corporation for Assigned Names and Numbers (ICANN) whose dispute resolution providers are available to claimants internationally.

ACPA was also intended to protect against the unauthorized use of a domain name that is confusingly similar to the name of another living person. A person who registers and uses a personal name within a domain name with a bad faith intent to exploit the personal name “shall be liable in a civil action by the owner of a mark.” UDRP, on the other hand, only safeguards personal names that are protected by a trademark. Trademarks do not always apply to personal names, so you should carefully consider the facts of your domain name dispute over a personal name before deciding whether to pursue legal action under ACPA or the UDRP.

For more information on domain names, read Part 1 of our Internet Domain Name series and visit these resources:

Have you ever dealt with a domain name dispute? How was your experience? Let us know by commenting below or connect with us on Twitter and Facebook.